Gartner: Blockchain is the perfect match for the IoT

Gartner believes that blockchain technology is the perfect match for the IoT and will help it to overcome some of its biggest problems.

Blockchain is synonymous with security. The IoT, on the other hand, is known for suffering from serious vulnerabilities which have led to repeated high-profile breaches and cyberattacks.

In a blog post highlighting key findings from a survey titled IoT Adopters Embrace Blockchain, Gartner says it believes that the two emerging technologies are a perfect match.

Blockchain is heading into the so-called "Trough of Disillusionment" of Gartner's hype cycle – meaning that the initial hype has subsided and people's inflated expectations have turned to disappointment. However, what comes next is the "Slope of Enlightenment" where blockchain technologies become adopted with more realistic expectations. 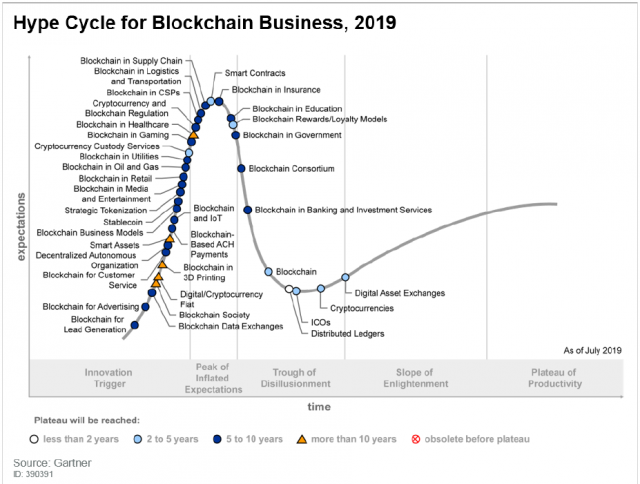 Gartner notes that 75 percent of IoT technology adopters in the US have already adopted blockchain or are planning to adopt it by the end of 2020.

The study revealed that pharmaceuticals, energy, healthcare, and transportation are the industries which are leading in blockchain adoption.

"Blockchain networks have emerged as a promising innovation because of their ability to affirm the integrity of data shared among constituents in multiparty process collaboration.

IoT has emerged as a method for bridging the gap between resources (or 'things') and their associated business processes."

Litan highlights the potential of combining both technologies to provide multiparty trust when bridging real-world things to business computing environments.

When tallying the respondents' first and second choice of key benefits of using blockchain for their IoT project, the leading reason (63%) was to increase security and trust when handling multiparty transactions and data.