Elon Musk’s claim that Tesla is the best AI chip designer in the world has been put to the test against other innovations.

“How could it be that Tesla, who has never designed a chip before – would design the best chip in the world?” Musk boasted in 2019.

Select Car Leasing tested Tesla’s full self-driving microchip, which is developed by Samsung, against 12 other innovations: 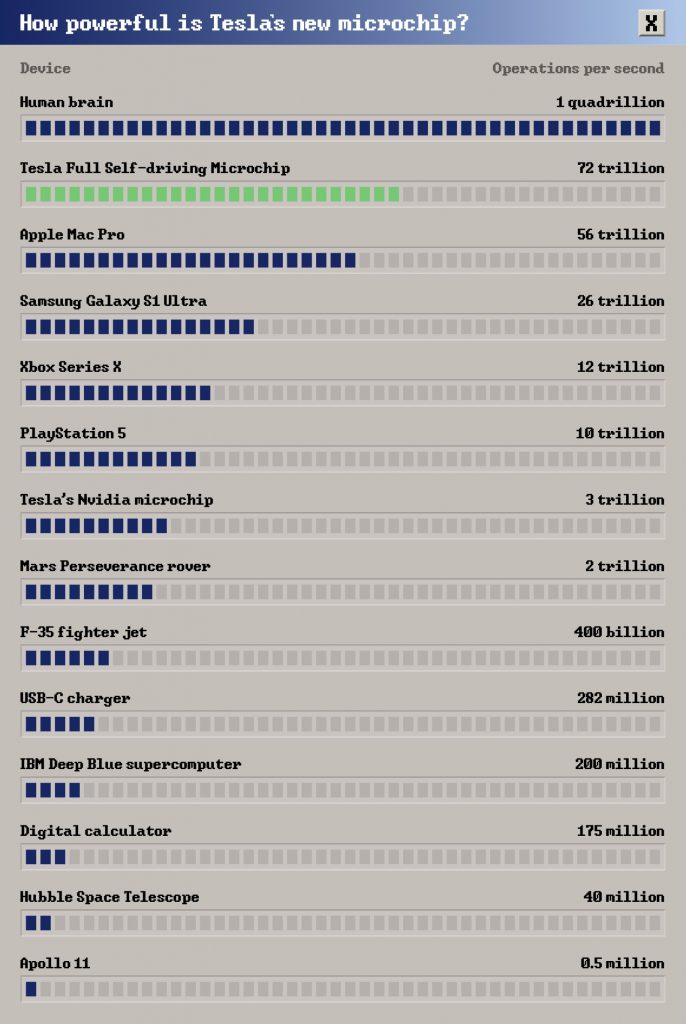 Against some of mankind’s greatest innovations, Tesla’s chip is only second to something not designed by any of us—the human brain.

To put the power of Tesla’s chip in perspective, the research highlights just how many of each device below it that it could power. The mind-blowing standouts for me are that it could power 180 RAF F-35 Fighter Jets or 36 Mars Perseverance rovers. 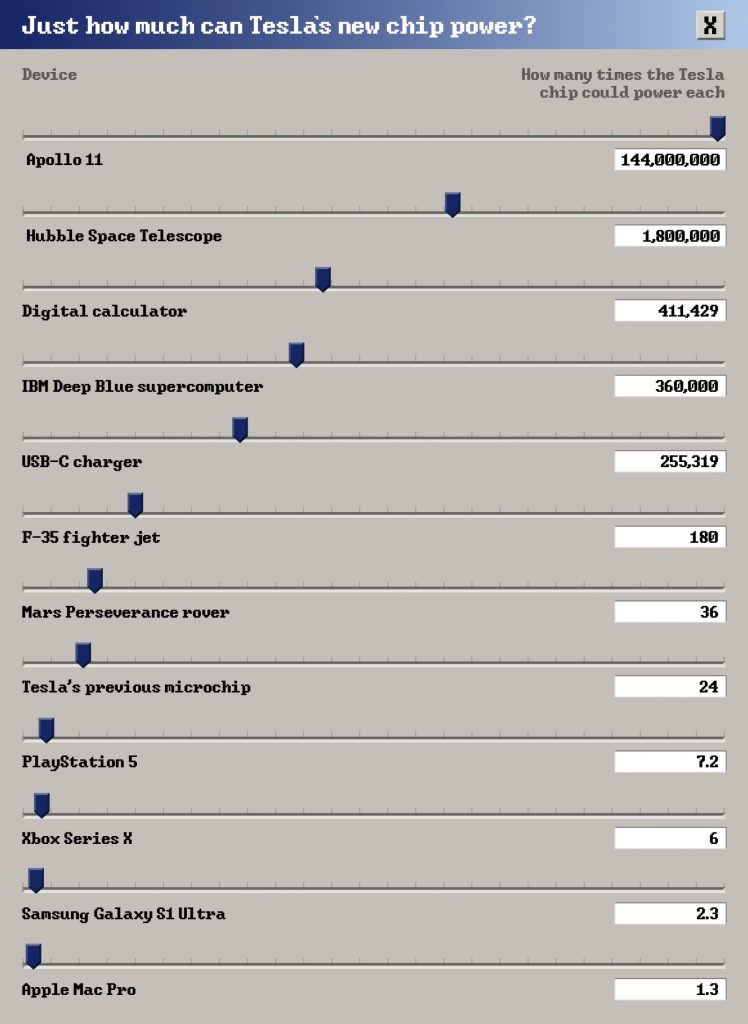 All of this performance was achieved with just 15 watts of increased power consumption over Tesla’s previous microchip. Furthermore, it’s 20 percent cheaper.

“Elon Musk has sent a clear message that the future is in real-world AI. If businesses want to realise the benefits of deploying AI and the competitive advantages that come with it, then they have to be taking AI out of the lab and into the real world, so that AI can learn from the uncontrollable mess that living in the real world involves,” comments Daniel Warner, CEO and Founder of LGN.