General Motors unveiled the most significant refresh to its logo in more than five decades, reflecting a shift in focus to electric vehicles (EV). A wide-ranging ad campaign and website redesign aim to raise awareness about the changes and ultimately bring more diverse consumers into the EV fold.

The makeover comes at the Detroit-based automaker, which owns brands like Cadillac, Chevrolet and Hummer, plans to invest $27 billion in EV products through 2025, with a goal of launching 30 offerings over the period. GM is prioritizing EVs and its Ultium battery technology in a bid to center its values on inclusivity and sustainability, while keeping pace with disruptive competitors like Tesla.

"An all-electric future is absolutely key to our approach and it has never been more urgent as the effects of human activity on climate change come into focus," Deborah Wahl, GM's global chief marketing officer, said during a press briefing on Jan. 8. "GM's future will be built on the people and the forward momentum of products, software and services that make EVs accessible for everyone."

Wahl's presentation arrived ahead of the Consumer Electronics Show (CES) this week, which features an extensive GM showcase and keynote speech from chief executive Mary Barra. Along with the refreshed assets, GM is introducing a consumer-facing ad campaign that taps a number of public figures, including author Malcom Gladwell, surfer Bethany Hamilton, Peloton instructor Cody Rigsby and gaming influencer Erin Ashley Simon, to illustrate the wide array of people interested in EVs. The creative push developed with agency McCann Worldgroup will play a "significant" role in GM's U.S. marketing throughout the year, per Wahl, with the intention to roll out the messaging in phases around the world.

"We're launching this new message with a marketing campaign and a new website but it is definitely more than that," Wahl said. "It actually comes as a result of the transformation within our company and sets an optimistic and inclusive tone for the company's EV future."

GM's redesigned logo was devised in-house, featuring lower-cased letters with an underlined "m" and a more vibrant blue hue to evoke the clearer skies of a zero-emissions future, the company said. 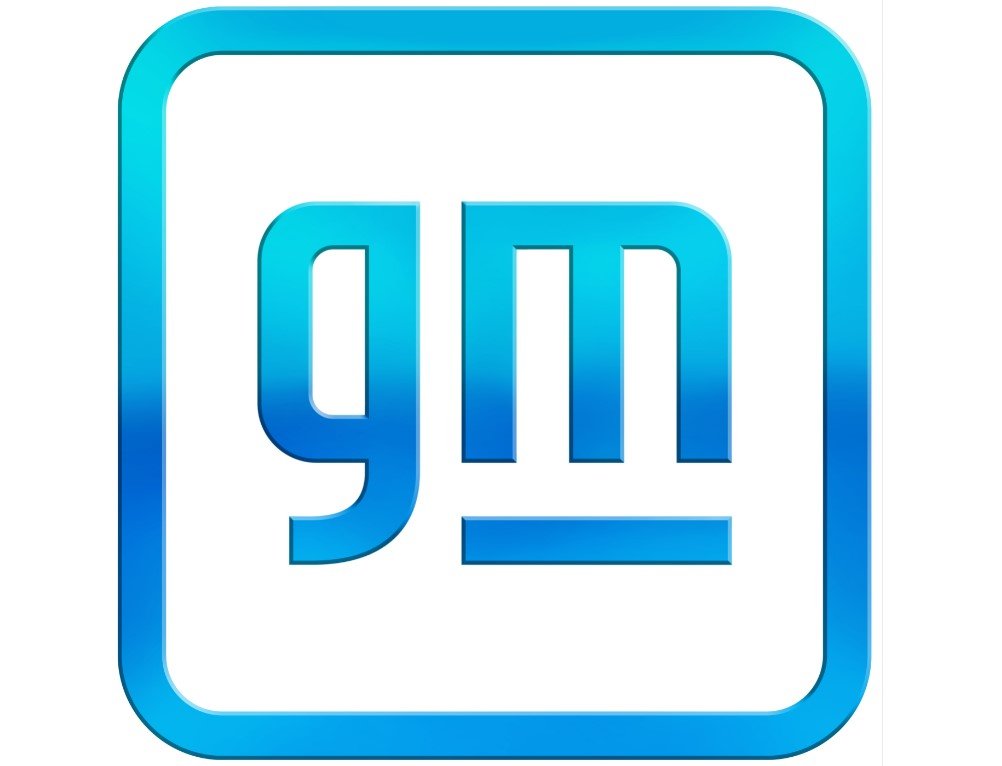 General Motor's new logo is meant to evoke the clean skies of a zero-emissions future.
Permission granted by General Motors

The softer, modernized appearance marks a break from the prior logo, which was noteworthy for its heavy, capitalized GM initials and deeper blue background. It is only the fifth logo change in the marketer's 113-year history, and the "most progressive" alteration since 1964, according to Wahl.

"We've evolved the GM brand identity to reflect our modern performance-driven organization and our desire to attract the world's most imaginative thought leaders," Wahl said. "[The] new brand identity is optimistic, it brings energy and vibrancy ... and reflects our view of the future."

Tweaks arrive in response to what the executive described as an "inflection point" for EVs, as environmental concerns and technological advancements raise the demand for alternative energy sources while enabling better solutions at scale. GM powers its electric vehicles through proprietary Ultium battery technology that will receive stronger emphasis across the organization moving forward.

Ads included in "Everybody In" mirror the thematic motif of positivity, as a diverse cast of narrators share lines like, "We emit optimism, not exhaust."

GM isn't alone in charging up its electric ambitions. Kia earlier this week revealed a new logo and global brand slogan to complement a long-term business growth plan that puts a spotlight on electric vehicles and mobility services. Ford ran a holiday campaign promoting new electric Mustang vehicles, part of a transformation that will see the company invest $11.5 billion to electrify its fleet. Tesla stands as the 800-pound gorilla in the room, as the EV disruptor's market valuation surged past Facebook's last week.

Much like Ford with Mustang, GM is reworking some of its less historically eco-friendly lines to center on EVs. GM in October revealed the Hummer EV, which it bills as the "world's first supertruck." The vehicle is expected to hit dealerships later this year. The Cadillac Lyriq — not expected to arrive at dealerships until 2023 — was also noted by Wahl, and the greener model will show off some of its in-car technology as part of GM's 2021 CES showcase.

In recent months, GM has reported mixed financial results. While GM reported a 9.9% decline in U.S. sales during the third quarter of 2020, its net income jumped 74%. The company reported in November that sales in the U.S. and China were rebounding faster than expected, in part based on strong demand for full-size pickups and SUVs, which in general have performed well during the pandemic. While Wahl emphasized that the "Everybody In" messaging will be a key part of GM's marketing this year, individual brands owned by the automaker will stay focused on their own outreach strategies.

"In the past, there was an effort where we had a GM logo on everything. We're not going to that point," Wahl said. "This is really showing what the corporate brand is doing."