On July24th (UTC+8), We had a fascinating  conversation with Mr.Morry Morgan, who is the author of ‘Selling Big to China – Negotiating Principles for the World’s Largest Market’ and CEO of Haufe Academy China, talking about his unique work experience on multiple industries and deep insights on the development of emerging technologies.

Jokia: How would you describe yourself in three words?

Jokia: Can you please share more about your educational and professional background? And we’d love to hear what brought you into the training and development industry.

Prior to founding a training and development company I was working in medical science and the pharmaceutical industry in Australia. Like many of my entrepreneurial ventures I saw an opportunity. In 2001 here in China there were very few professional training firms and so opened up a business to cater to this gap. I realized then that I loved learning as well as sharing my knowledge with others, so much so that the motto for my first business was ‘evolving people’ – which was both an external marketing and internal employer branding promise.

Since then, I’ve built a stand-up comedy school in Australia, called the School of Hard Knock Knocks (www.schoolofhardknockknocks.com) and my latest venture is a consulting firm helping keynote speakers develop their training skills, called Keynote to Coach (www.keynotetocoach.com). 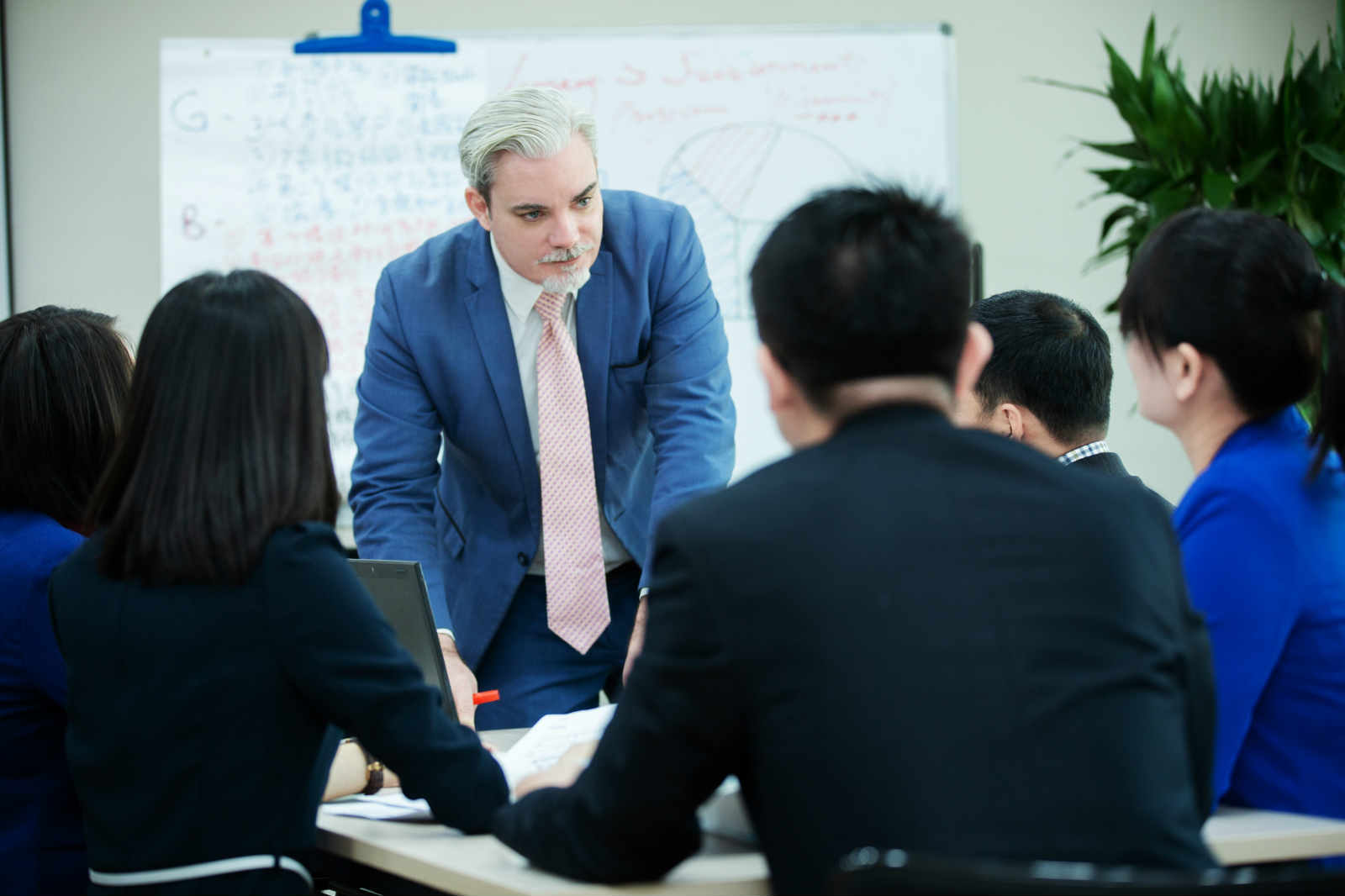 Jokia: One of the most exciting pages of your biography is the Author of ‘Selling Big to China – Negotiating Principles for the World’s Largest Market’. From your perspective, what are the opportunities and challenges for foreign companies to expand Chinese market in the post-coronavirus era?

It still surprises me how foreign companies can still come to China and think that their overseas brand by default has goodwill in this new market. I’ve seen companies in 2020 still losing money and completely bewildered as to why. It’s simple. There are three things you need to get right in China – Brand, Product and Culture. Each of these three aspects may vary wildly from the original foreign entity. With respect to Branding, don’t rest on your laurels. You might be considered ‘reliable’ or ‘big’ back home, but here in China you’re an unknown.

Your Product also needs to appeal to the Chinese consumer. Whether you’re European, North or South American or Australian, there’s a good chance that what the Chinese appreciate in a product or service will differ. Just look at Tik Tok and Douyin. Exactly the same owners, but very different features for their respective markets. They get it. And regarding culture, there’s a huge difference between acquiring a local company here in China and building one from scratch. The culture of your organization isn’t always able to be mirrored on HQ, and while many Chinese will be personally attracted to working for, say, an American company, or a German company, if you acquire a local firm with traditional values, it can be an extremely slow process to correct course.

Jokia: You have been named ‘Asia-Pacific Business and Technology Report Business Leader of the Month’ and been ranked 14th Global Sales Guru, and how do you think technologies are moving the world forward, and who should be the biggest actor on the market nowadays in order to push technology to the mass adoption?

I was able to succeed in China as an entrepreneur because I had first mover opportunity. My stand-up comedy business in Australia wasn’t original, but built a better product. In short, you can be first, but later you have to be better than your competition. The secret to being better is to introduce new features constantly, and don’t be afraid to fail. This brings us back to culture. The traditional hierarchal Chinese State-Owned Enterprise (SOE) and risk-adverse structures of the 90s and early 2000s won’t cut it in 2020 and beyond. I’m confident that the new generation of Chinese can adapt. I have concern, however, over whether their voices will be heard by their bosses, who are in their 50s. That’s why right now is an exciting time to be an entrepreneur in China. You have a huge talent pool of skilled and open-minded Chinese who aren’t hindered by the cultural of pressures of their parents – get a good job, buy an apartment and get married. These Chinese are willing to take a ‘risk’ on their future, where their predecessors would have found comfort in a ‘stable’ job.

And of course the elephant in the room do Chinese tech companies is will their technology be banned outside of China due to weaker protections for personal data.

Jokia: We’ve noticed that you have also helped develop IoT and cybersecurity startup firms in Singapore and Australia, could you share 2-3 cases impressed you most? How would you predict the future of IoT development?

There’s still a gap between what we hope IoT can do, without human intervention. But this gap is due to technology leading legislation. Right now, we could have autonomous drones scanning building facades for deterioration, or offering first responder support in medical emergencies, but cities aren’t ready for drones flying above a human population – both for safety and civil liberty reasons. Once the case ‘for’ clearly outweighs the ‘risk’ we’ll see a tidal wave in favor of IoT.

That being said, it’s also important to note that IoT and Industry 4.0 have mostly been associated with industrial innovation, like warehouse automation, process improvement, and the like. In these industries this technology is visible. Where IoT has real benefit is where it is integrated into daily technology that we use and totally ubiquitous. For example, when my wife adds the password to a public Wi-Fi network her phone shares the password with my own phone. That’s happening today. But when my coffee machine can seamlessly prepare my wife’s long black and my flat white based on Bluetooth perimeter detection and stored history, then I know IoT has truly arrived.

And with respect to cybersecurity, this is a highly politicized industry, and as such, anyone entering this market needs to ensure they have the tech AND diplomatic skills.

Jokia: With COVID-19, there has never been a more important time to increase the creativity and problem solving skills for SMEs especially start-ups. Could you share how the innovative methods "Idea-Concept-Idea" can help them make a difference?

“Idea-Concept-Idea” takes around an hour to train, but in short, it allows the brain to ‘jump’ beyond the previously hard-coded pathways that we create through habit and collective culture. For example, if I said, “think of an orange vegetable” your brain would automatically go to a ‘carrot’. But what about a pumpkin? Or sweet potato? What the ‘Idea-Concept-Idea’ technique does is allow our brain to take two steps away from our conditioned mind, into radical ideas. And radical ideas are what disrupt markets and create billionaires.

Jokia: As an accomplished speaker, having delivered TEDx talks in China, with over 35,000 views, what’s your benchmark to select the top-tier industrial conferences/events?

‘One does not simply select to talk at TEDx, but rather one is selected.’ That being said, I have a network in China, and I’m a relative public figure in the ‘laowai’ business space. If you’re keen to be a keynote speaker, focus on building a personal brand built on competence. There’s a lot of speakers globally who waste everyone’s time because they get high on being on stage, but lack substance. There is no shortcut to expertise.