The KOL bubble is real. The number of KOLs has ballooned over the past few years, and with it, more than 5,000 Multi-Channel Networks (MCNs) have emerged acting as a bridge between the client and a KOL. Supply and demand dictate that the KOL bubble would mean the fees KOLs charge would go down, but generally, this is not the case.

This presents a headache for brands, especially brands that can’t afford the high fees commanded by the most well-known KOLs. But spare a thought, too, for the young influencers trying to make their way in the industry. Brands might view some of these aspiring KOLs as part of the problem, but in many ways, their experiences simply mirror the struggles brands face trying to make sense of a crowded field. Let’s take a look at how the KOL bubble looks from the perspective of a KOL starting out, and the implications for brands.

The appeal of being a KOL

Increasingly, we’re seeing more twenty-somethings rejecting the job market altogether—and pinning their hopes on a career as a KOL. The transition from the college campus to working life has never been easy in China. As graduation nears, intense competition for jobs, family pressure and anxiety over the challenges ahead make it a stressful time for young people.

Rightly or wrongly, many Gen Zs and younger millennials are unimpressed by the salaries on offer for entry-level jobs. Some would say that young people have unrealistic expectations, but others would point to the cost of living—rent, transportation, food—in Chinese cities and say that once these are accounted for, there’s little left for discretionary spending.

Young people aren’t just drawn to the KOL industry by their immediate earning potential, but with an eye on the long-term. White-collar workers might look at the salaries their bosses earn and decide there’s little room for growth—so why participate in the rat race? 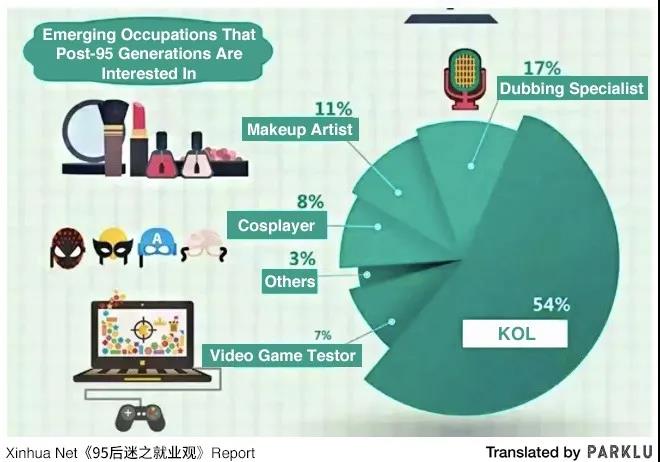 A Xinhuanet report on employment among the post-95 generation showed that almost 50% of that generation choose not to get jobs after graduation. Some of these graduates will go on to postgraduate study or study abroad, of course. But for those who want to make money, yet feel trapped by their circumstances, many are drawn to the idea of setting themselves up as a KOL.

The rise of highly visible, popular KOLs was always going to establish the idea of the influencer as a profession that young people would aspire to. For Chinese Gen Zs, trailblazing KOLs like Li Jiaqi and Viya are among the most recognizable public figures in China. Older generations may criticize and say young people have been misled or brainwashed by ephemeral celebrity culture, but the fact is that these KOLs are role models for their fans.

Some aspiring KOLs are attracted by the promise of earning the recognition and respect they feel starved of in the workplace. Working in office jobs with rigid hierarchies, they feel their work goes unnoticed and their identity is subsumed by the daily chore of keeping the boss happy. The admiration heaped on KOLs and constant feedback from followers is a stark and enticing contrast.

By creating their own content—reviews, product demos and so on—and building their online presence, many young people can amass a following in the tens of thousands. Even at that, they may not be “famous.” Some are still students, some retain day jobs, and in many cases, their classmates and colleagues may not even realize they are in the presence of a mid-tier influencer.

Perhaps the biggest wakeup call for a young KOL in China is to realize how few influencers operate on the scale of people like Viya. People like Viya are the very top of the pile, and few influencers can command anything like the same fees she can. Fresh college graduates should be wary of assuming that the life of a KOL is a handsomely rewarded walk in the park.

However, a decent living can still be carved out of the KOL bubble for the middle tier of KOLs. For example, a KOL with a modest following on Xiaohongshu can charge RMB 2,000 and up for one collaboration. Young people look at figures like this and see the potential not only to earn more this way than they could dream of in a more conventional job but also to make money more easily. This might raise alarm bells for brands that can’t afford the fees of the top KOLs. The point is not that brands should avoid working with inexperienced young influencers—every Li Jiaqi has to start somewhere—but they should certainly be vetting KOLs to make sure the partnership is a good fit for the brand. 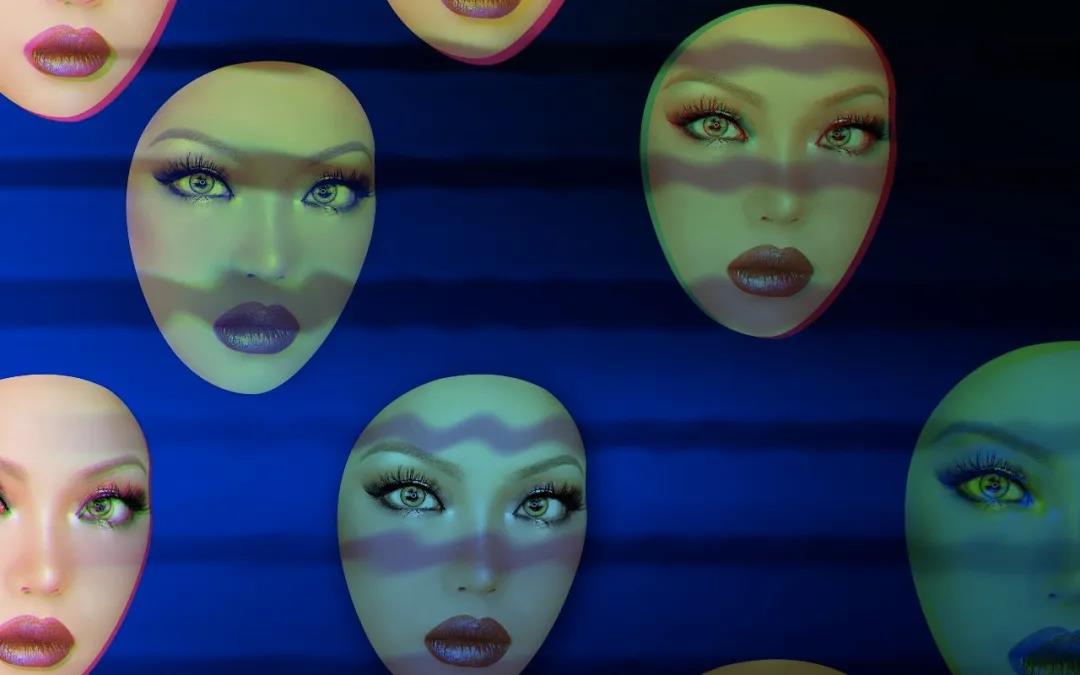 As financial stability fuels the KOL bubble, it’s the underlying perks of independence that make this career so appealing. Compare that to drawbacks of the 9 to 5 existence—an inflexible schedule, long working hours, intense workplace dynamics—and it’s obvious why Gen Zs would see the appeal of the KOL lifestyle.

They also want to have fun in the process of making a living. Brand collaborations look glamorous and may come with perks like travel and invitations to high-end parties and VIP events. On top of that, the job of a KOL comes with benefits in the form of product samples and gifts from collaborators and brands hoping to get some free exposure. Some of these young influencers will be enthusiastic cheerleaders and creative advocates for brands, while others are just in the game for freebies. Rather than throwing goodies at KOLs, brands should deploy intelligent screening systems to identify the influencers who will generate buzz and attract the next generation to their products.

Eventually, KOLs who continue with their day jobs reach a crossroads where they decide to leave the workplace altogether and dive full-time into their social media presence. Some will extend their presence onto a second and even third platform. But long before they reach this point, they have to decide where to begin and which content area they intend to own. Each platform has its own audience profile, content style, and unique demands. An aspiring KOL should study each platform in detail and consider which most fits their goals, aesthetic and personality before they launch into creating content.

One problem young KOLs face is their relative inexperience, both professionally and in terms of life experience. How an influencer responds to this challenge is crucial to their chances of success. For example, they may face accusations of a lack of expertise and mastery of their content area. Worse still, their content may reveal a lack of conviction and focus. KOLs who don’t stand out from the pack will quickly lose viewers.

This is another area of concern for brands with limited budgets. Throwing money at a campaign will not guarantee results. Investing wisely in creative content and highly charismatic, engaging influencers are more likely to bring success—but each brand needs to align those subjective measures with its own goals. Before working with influencers, brands should do the prep work on developing a profile for their ideal KOL partners, as well as campaign goal-setting and establishing standards for the content they want to create or be associated with. 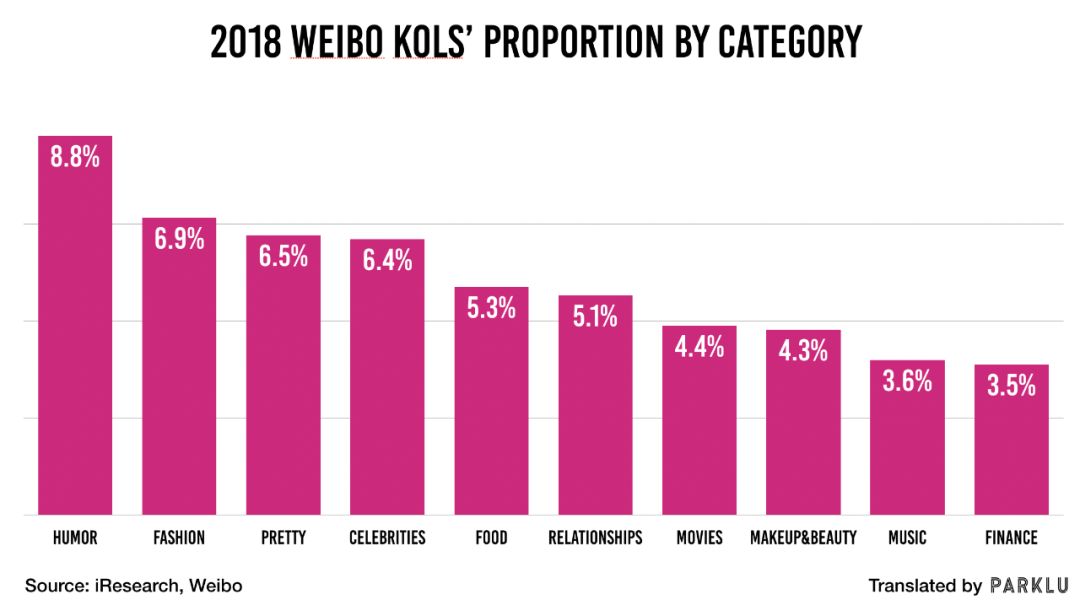 New KOLs might be tempted to carve out their reputation in a niche category where there are few recognizable influencers. That’s not necessarily a bad movie, but it’s important to note that the vast majority of traffic is still centered around a small number of topic areas—fashion, food, beauty, entertainment, and travel are just a few of the leading categories in the KOL bubble.

Whatever the subject matter, the content put out by KOLs tends to come from either an “expert” perspective—the influencer demonstrating or participating in the activity under discussion—or a “consumer” perspective, where the influencer will be reviewing products and making recommendations to viewers.

Either way, much of this content tends to be repetitive, unless the KOL has a particularly unique charisma or offers genuinely insightful or creative content. It can also help if the KOL has some professional experience in their field. For example, prior to becoming famous as KOLs, many of today’s top fashion and beauty influencers had careers with leading brands in the industry. Their fans may not all realize, but their on-screen authority is a direct result of their professional background and knowledge.

In a head-to-head comparison, lesser-known fashion and beauty content creators may fear being “exposed” as amateurs. This is certainly a real risk for young influencers who are big on enthusiasm but short on life and work experience. However, confidence and conviction go a long way—new influencers need to learn to project authority to build viewer trust.

Running a content stream is a treadmill, and some inexperienced KOLs simply can’t keep up. There’s no greater sin than having nothing to say, and boring content is a surefire turnoff for viewers.

Inexperienced KOLs will also be quickly disabused of the notion that influencer life is easy. The money can be good, even outside the top tier, but the variety of opportunities can be limited for KOLs who don’t have millions of followers. The biggest stars can make money from e-commerce and live streaming sales. Sales potential is weak for smaller-scale KOLs, who are left mainly doing product promotions.

One of the darkest sides of the KOL bubble is inauthentic content and borderline thievery. Public relations agencies representing brands and celebrities often recruit teams of influencers to generate conversations and excitement about their client. For the KOLs, this may mean endorsing products they don’t necessarily approve of. Some people will find this dispiriting, and this practice may take some of the shine away from the job. However, for smaller-scale KOLs, this may be what it takes to pay the bills. While KOL fans can be extremely loyal, members of the public who are less active online tend to have a dim view of influencers, viewing them as unprofessional.

One solution is for the new KOL to join up with a multi-channel network (MCN). MCNs can link influencers to clients, as well as providing advice, training, and support to help influencers sharpen their skills.

Yet again, there are drawbacks. The biggest, best-connected MCNs are elite clubs, open only to the top-tier KOLs. Those lower down the pecking order have to choose from a multitude of MCNs, but being signed with a network doesn’t guarantee work. In fact, many MCNs over-promise and under-deliver, or hook influencers up with projects that fail to deliver traffic. The result is more disillusionment, as some brands have also experienced.

China’s KOL bubble take away: Have a roadmap

Brands are not charities and have every reason to be discerning in their choice of KOL partners. However, many marketers will recognize the issues that inexperienced young people face as they seek to blow up their names in the KOL bubble. Brands can protect themselves by establishing clear goals for their campaigns and exacting standards for vetting their collaborators – and as they put these into practice, they might just happen upon a young KOL with the talent and energy to become the next top-tier sensation.